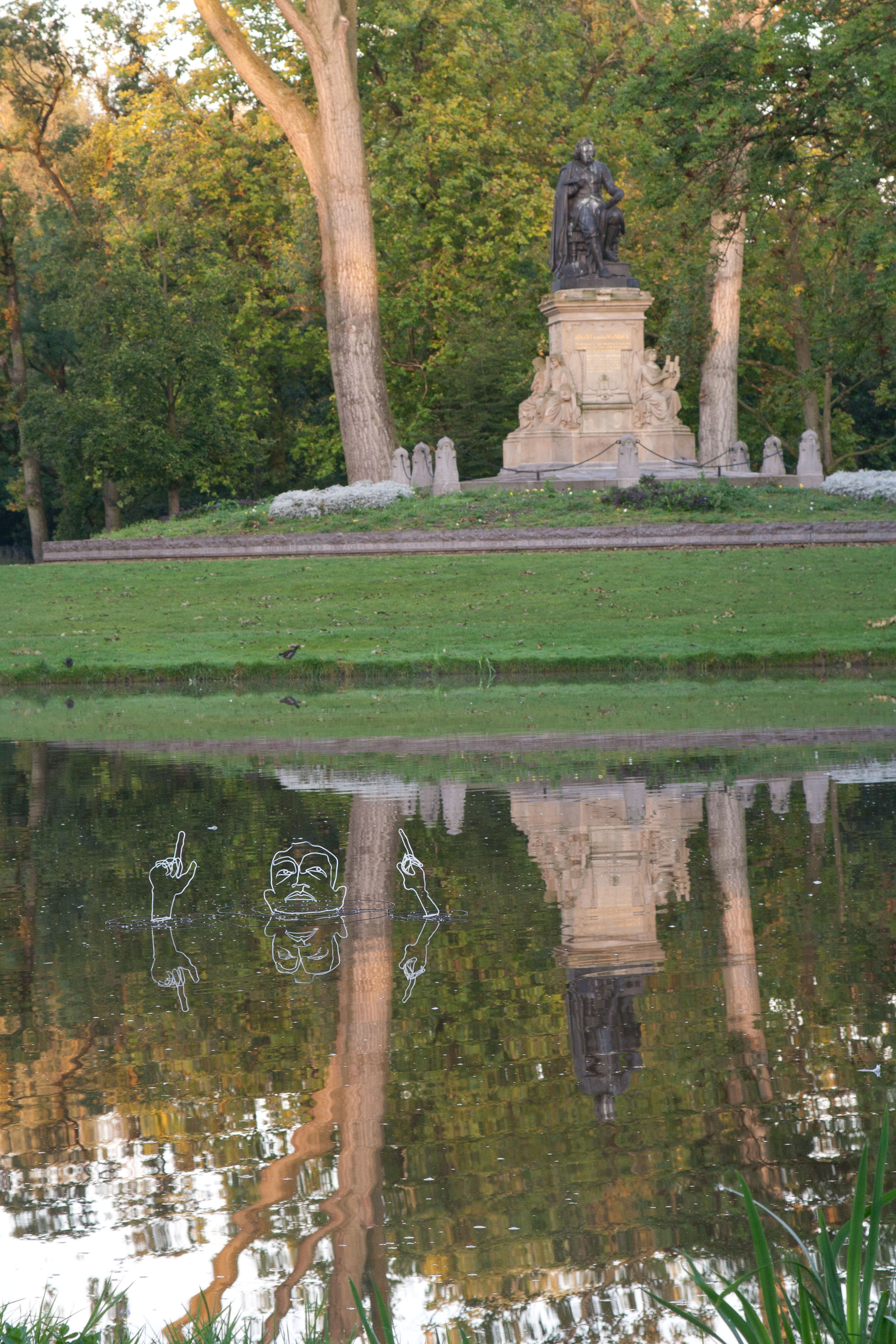 A Guerilla Art work created at a time that the politician Halbe Zijlstra cut deep in Art subsidies. Many theater groups ended there, as did Ralfs work as a scenographer. For many people being a fulltime artist became impossible.

Keeping your head above the water whilst sticking your index fingers up, that`s how children have learned to watertread in the Netherlands for generations. Art keeping it's head above the water next to the statue of Amsterdams pride, the famous poet Joost van den Vondel. It's an invitation to see the value of art and the effort of those that make it... preferably now, not after death.

Ironically this period was a turning point in Ralfs career, his focus went back to his sculptures which led to becoming a fulltime artist a year later.

Pictures of both versions of "Watertrappelaar" (Watertreader) at different locations. 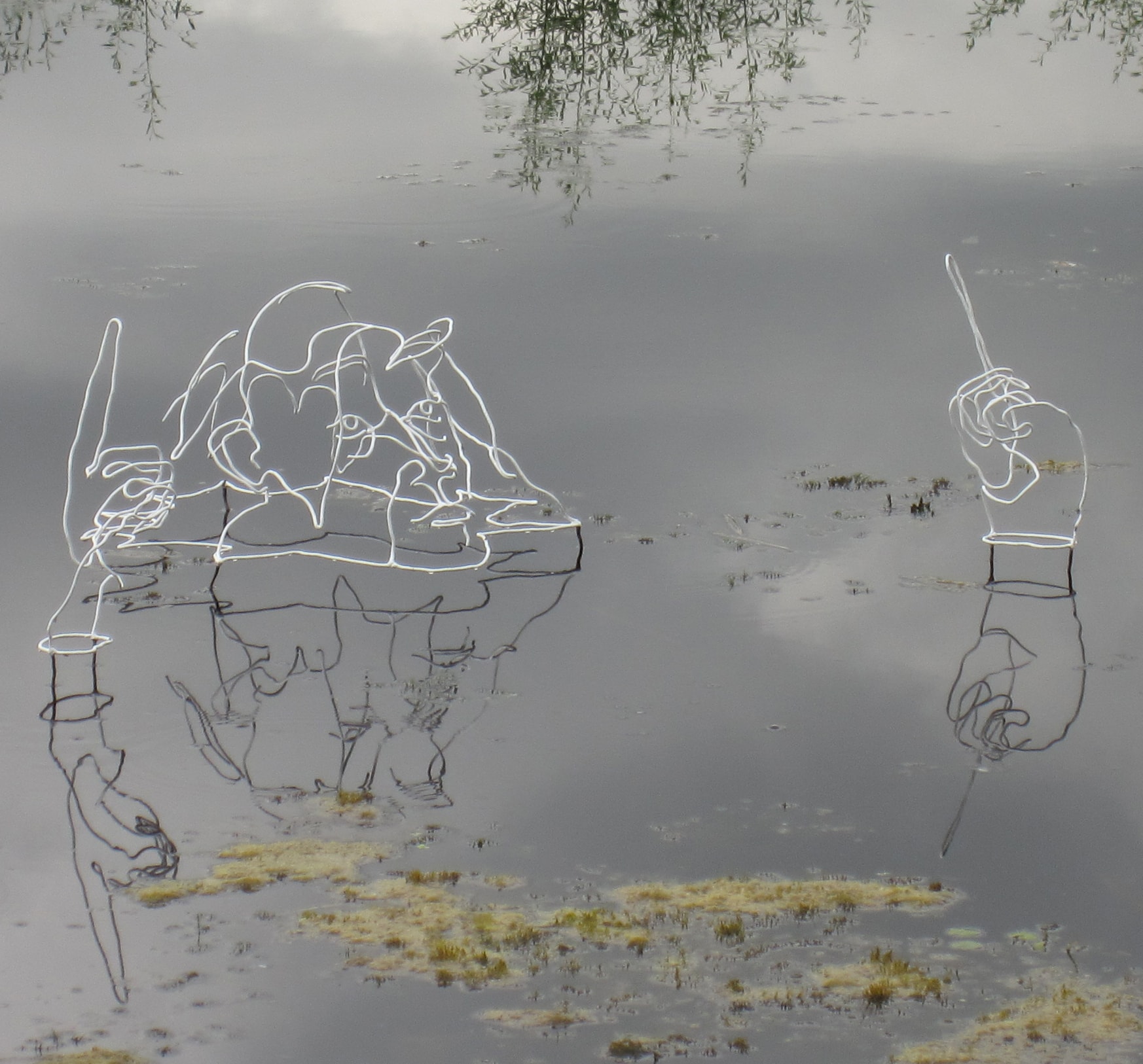 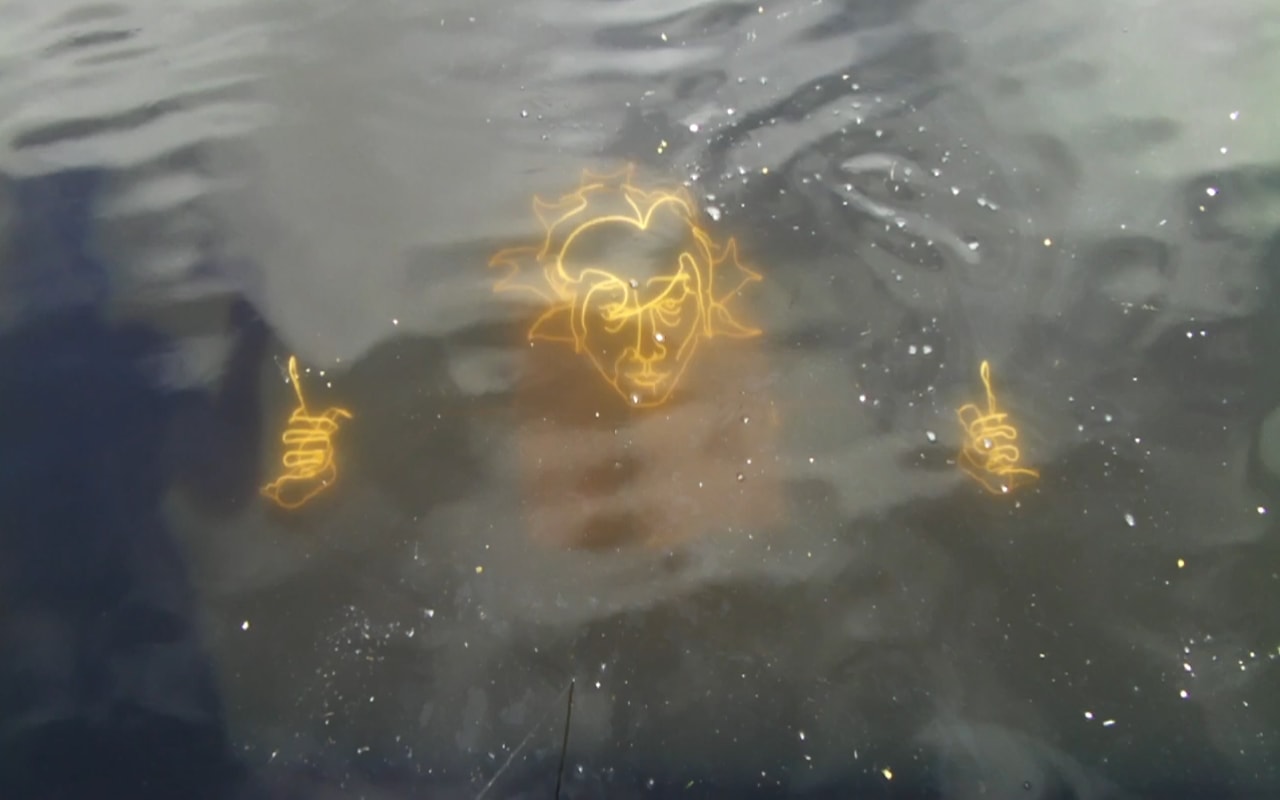 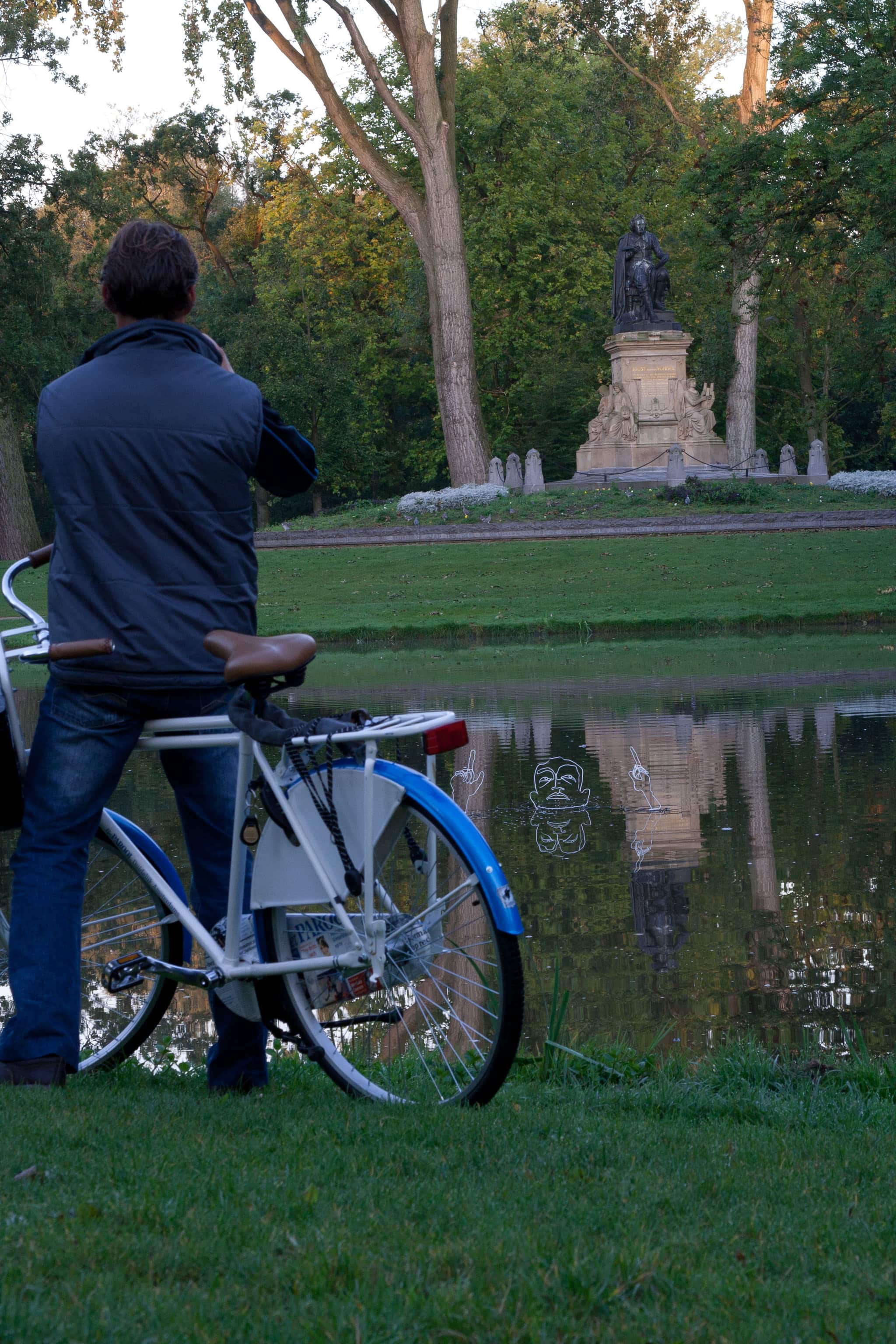 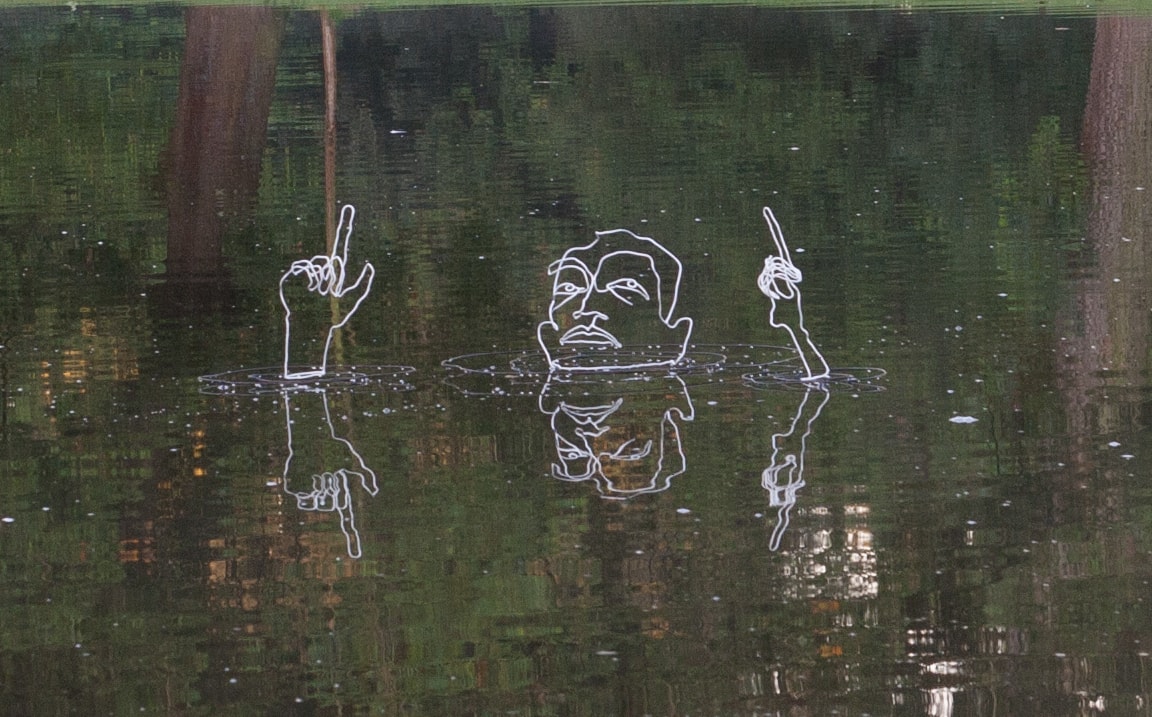 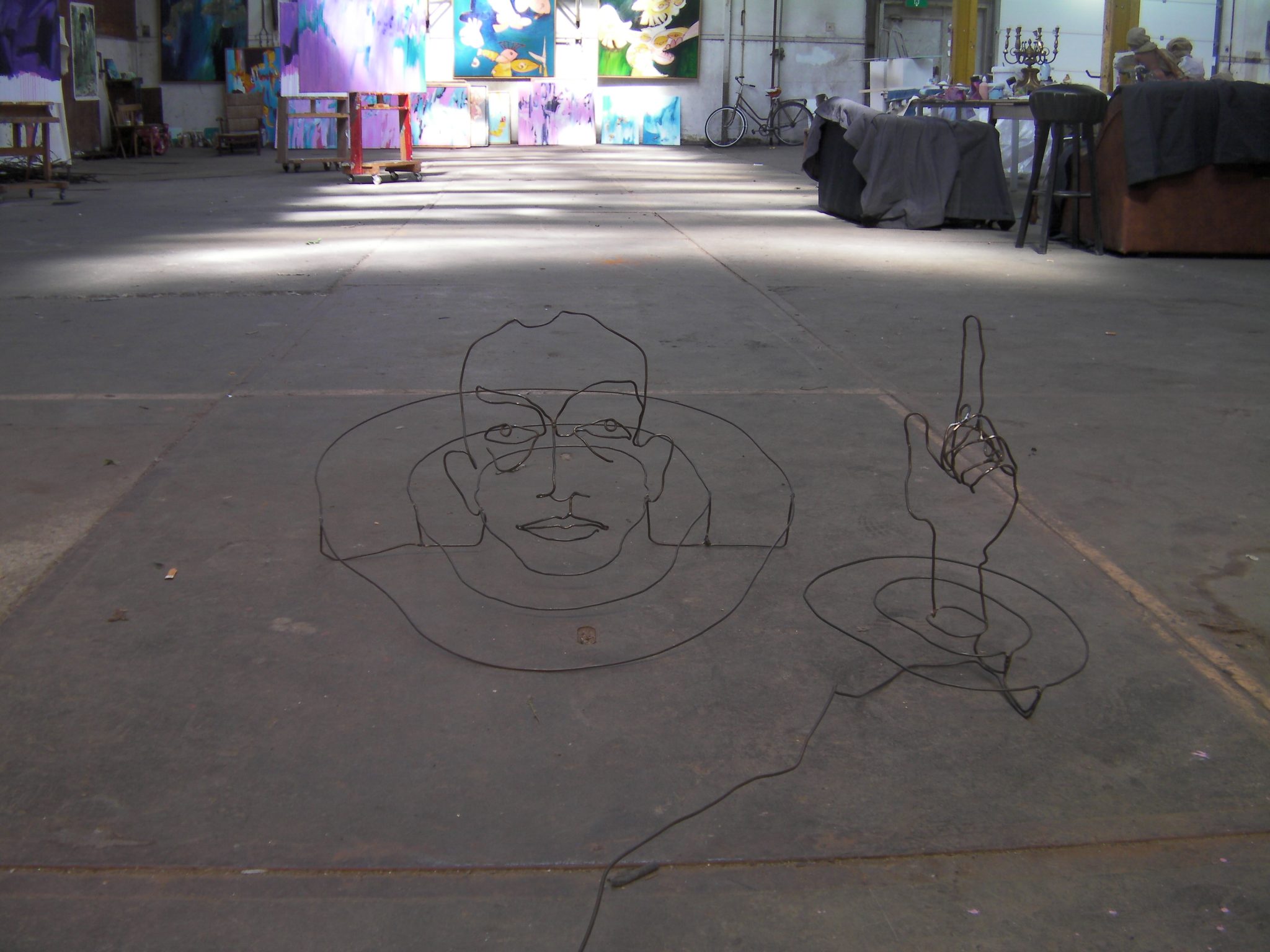 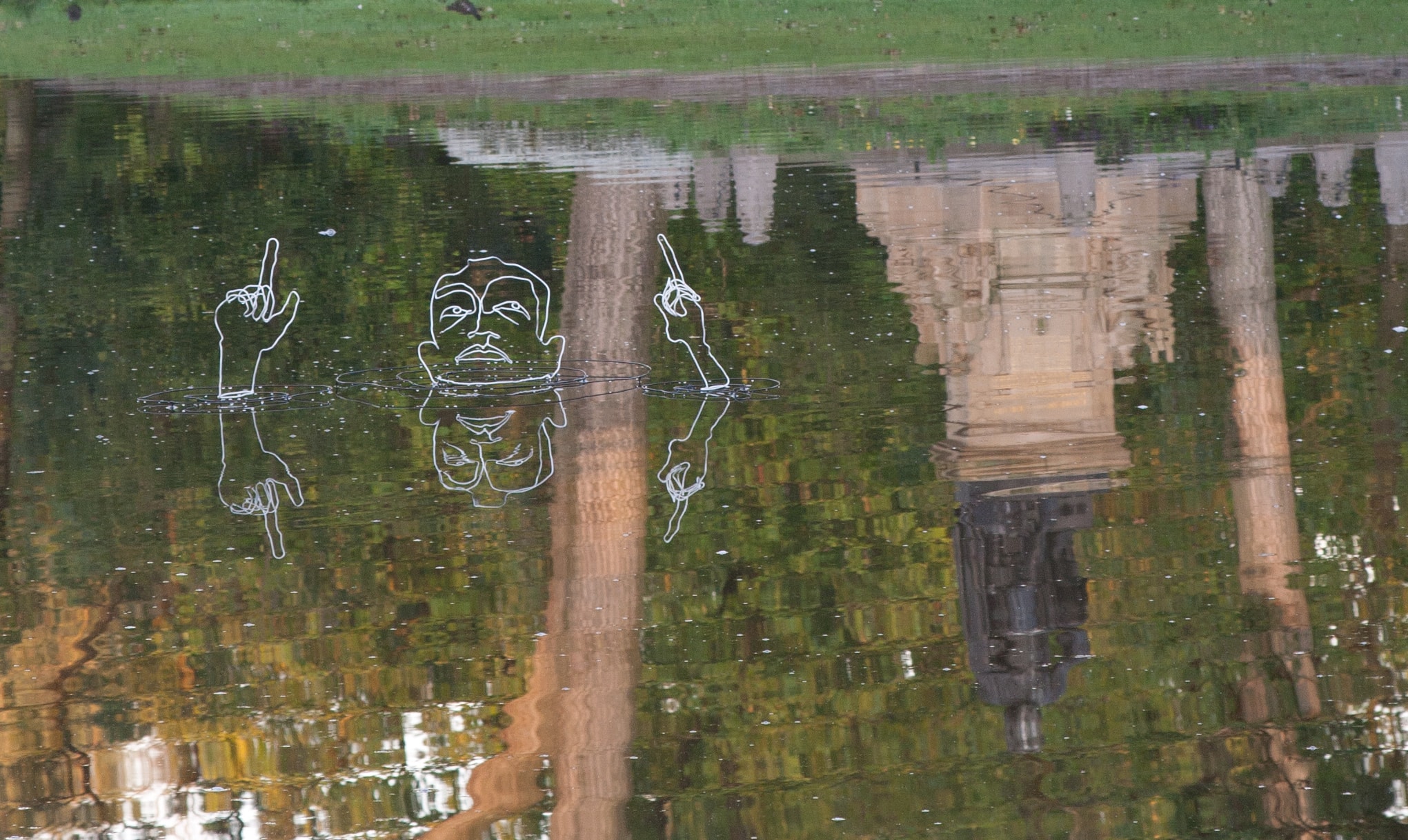 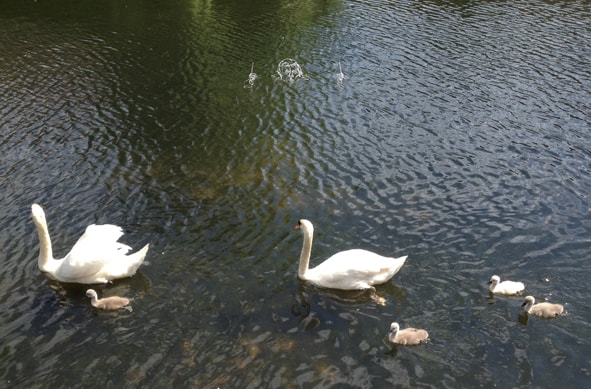 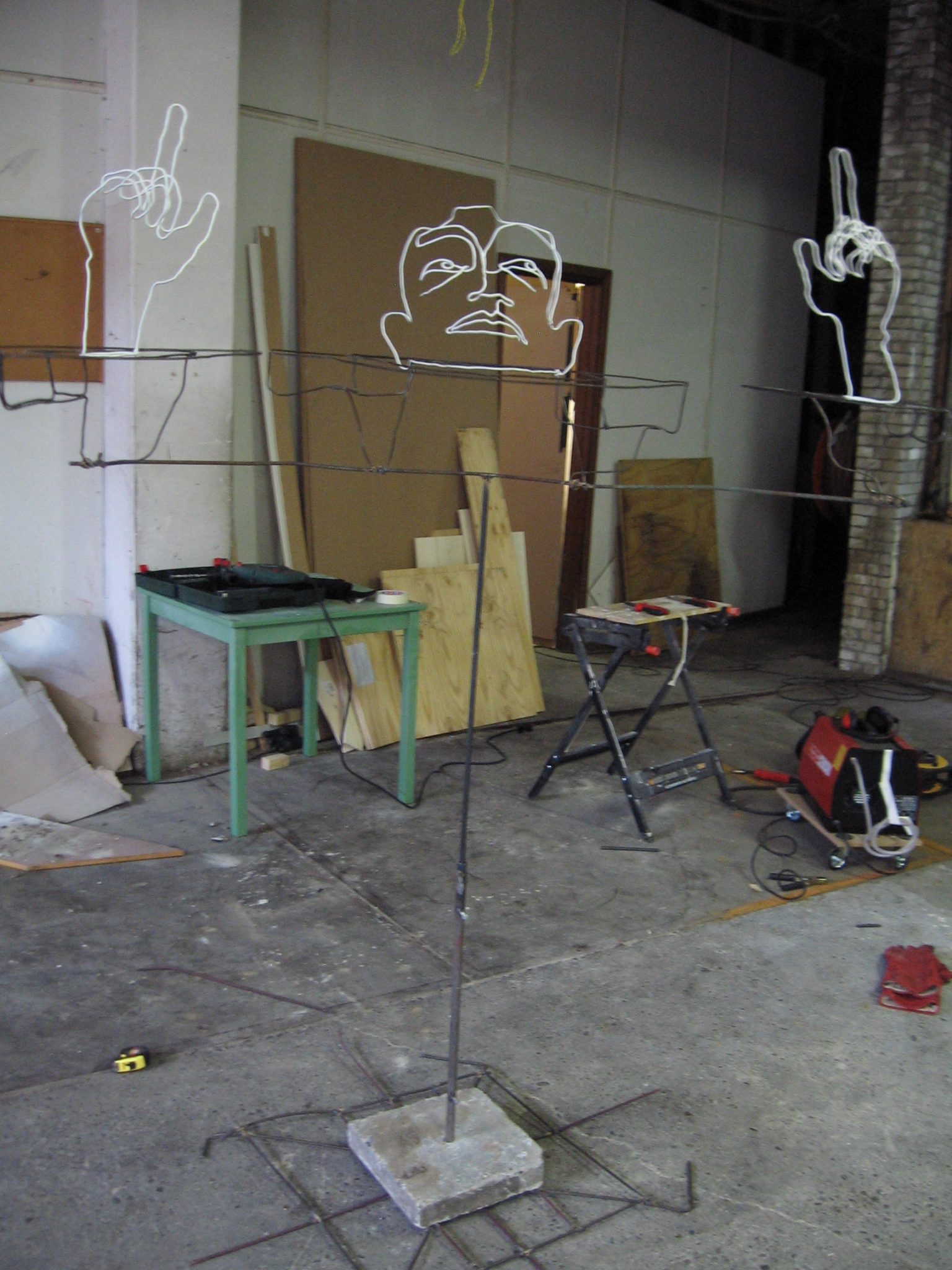 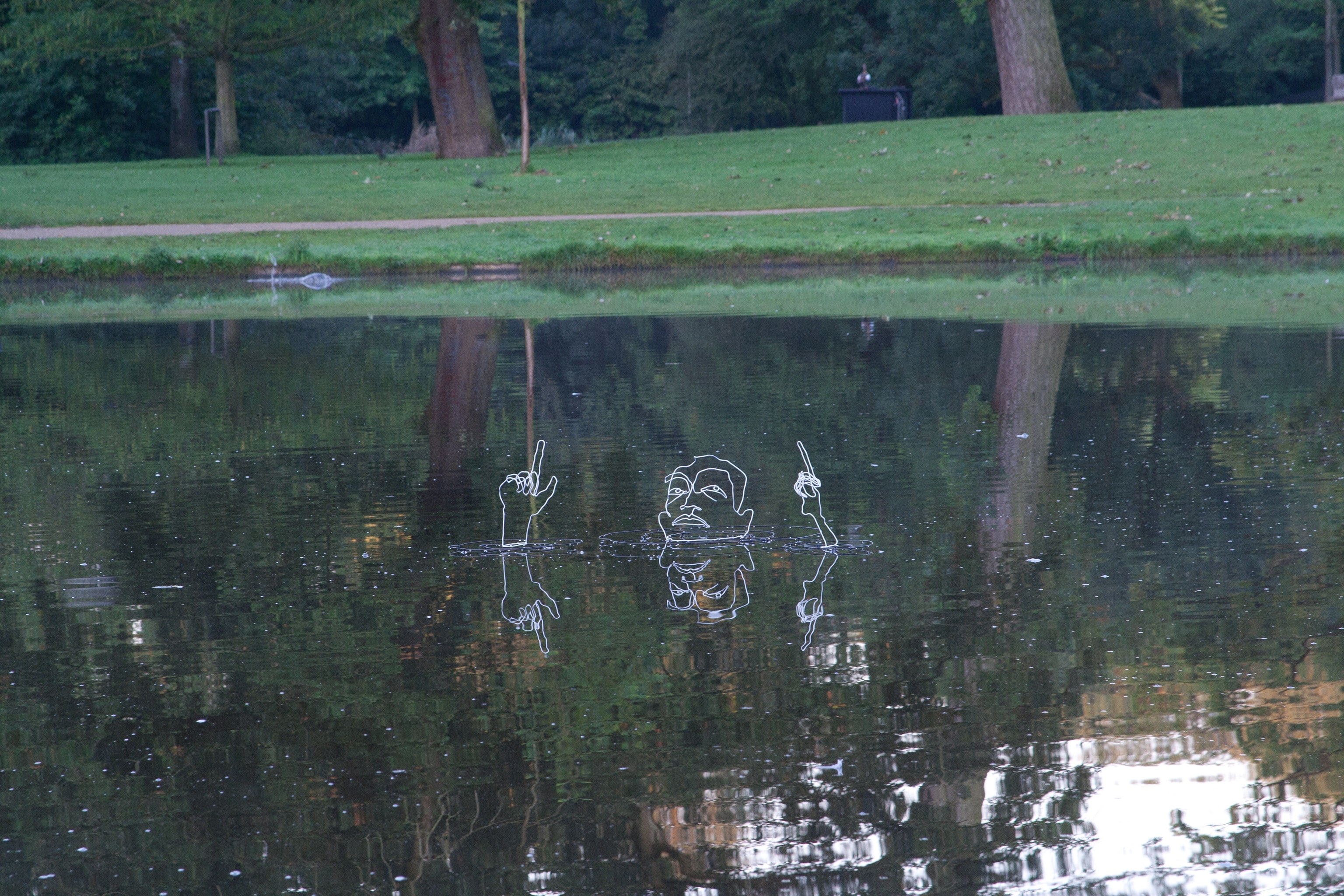 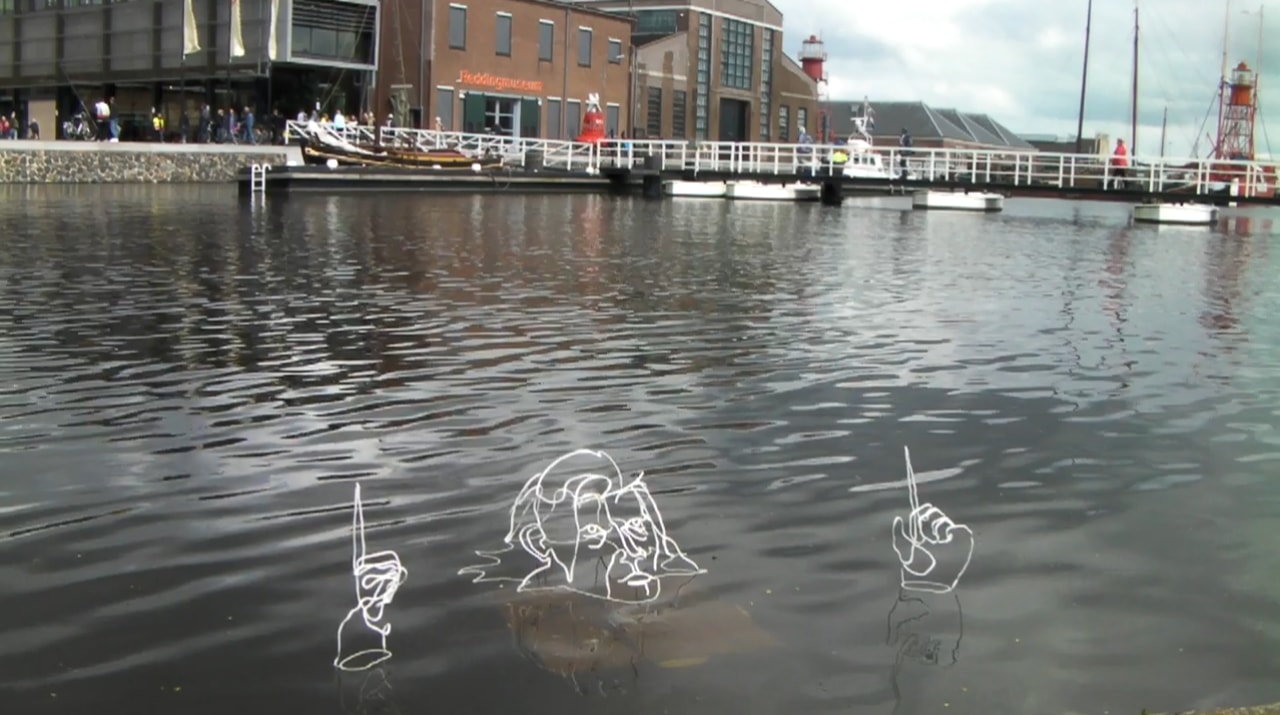 The work did make it to local news, but was quickly and roughly removed by the park cleaners. The original work was never seen again. The artist decided to make a new one, this time not standing on the ground, but floating, making it easier to install. After a few Guerilla style shows it became possible to show the work legally. The video shows how installing in public space tends to come with unexpected resistance.

Previous On the Way
Next Piëta