My main interest lies in perception, the subjective way in which we experience the world around us. I research this in a variety of media; dance, sculptures and installations. In the past years my fascination led me to dive quite deeply into meditation which turned out to be a portal into the underlying world of the subconscious. Again fascinated I decided to dive even deeper and became a Hypnotherapist next to my Art practice.

The last ten years I developed my own style of sculpting in my fragile line drawings moving in space. The minimalist character of my wire sculptures evolved as a reaction to the enormous amount of loud and colorful images that confront me, as a city person, on a daily basis.

As the works developed I managed to reduce the amount of lines, not unlike Egon Schiele in his time. Unlike him I don't keep to two dimensions but also use movement and space. The thin, fragile lines divide the space to create lively figures. Figures with strong plasticity and a feel of mass although they exist mainly of air.

Interpreting these lines requires an active audience, as the figures spin or the viewer moves the lines need to be interpreted anew.

It's a complex task to create a whole from the ever changing parts my sculptures offer. It's exactly the opposite of what we normally do; analyzing situations (dissecting what we see into pieces) in order to use these pieces to come to a quick assessment. We're good at it and that's practical in a world with so many stimuli. What is deemed irrelevant is kept from our consciousness.

I feel we're a bit too good at this practical way of dealing with the world around us. We also exclude many beautiful things, who is to say what is relevant? I enjoy the smell of autumn, but don't notice it unless I focus. Just like feeling the wind on my face or all those other stimuli that never make it to my consciousness if my dominant analytical mind has its way.

While making my sculptures I experience a unity with the world, my hands seem to be guided as they do the work. Time disappears and I enjoy submerging myself in this complex task in which spatial visualization ability rules and words fall short. A part of me simply seems to know what to do.

This part is also addressed in the attentive viewer that doesn't try to analyze or label, but really watches. To this viewer time withdraws for a moment and words are not on his mind. Temporarily the world feels different, his perception is altered, until the words of his rational mind take over again. 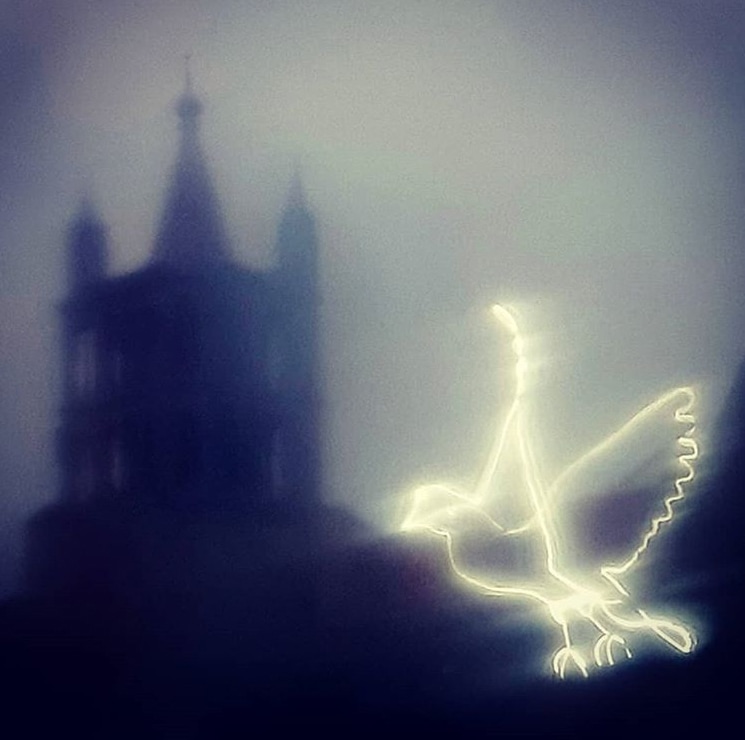 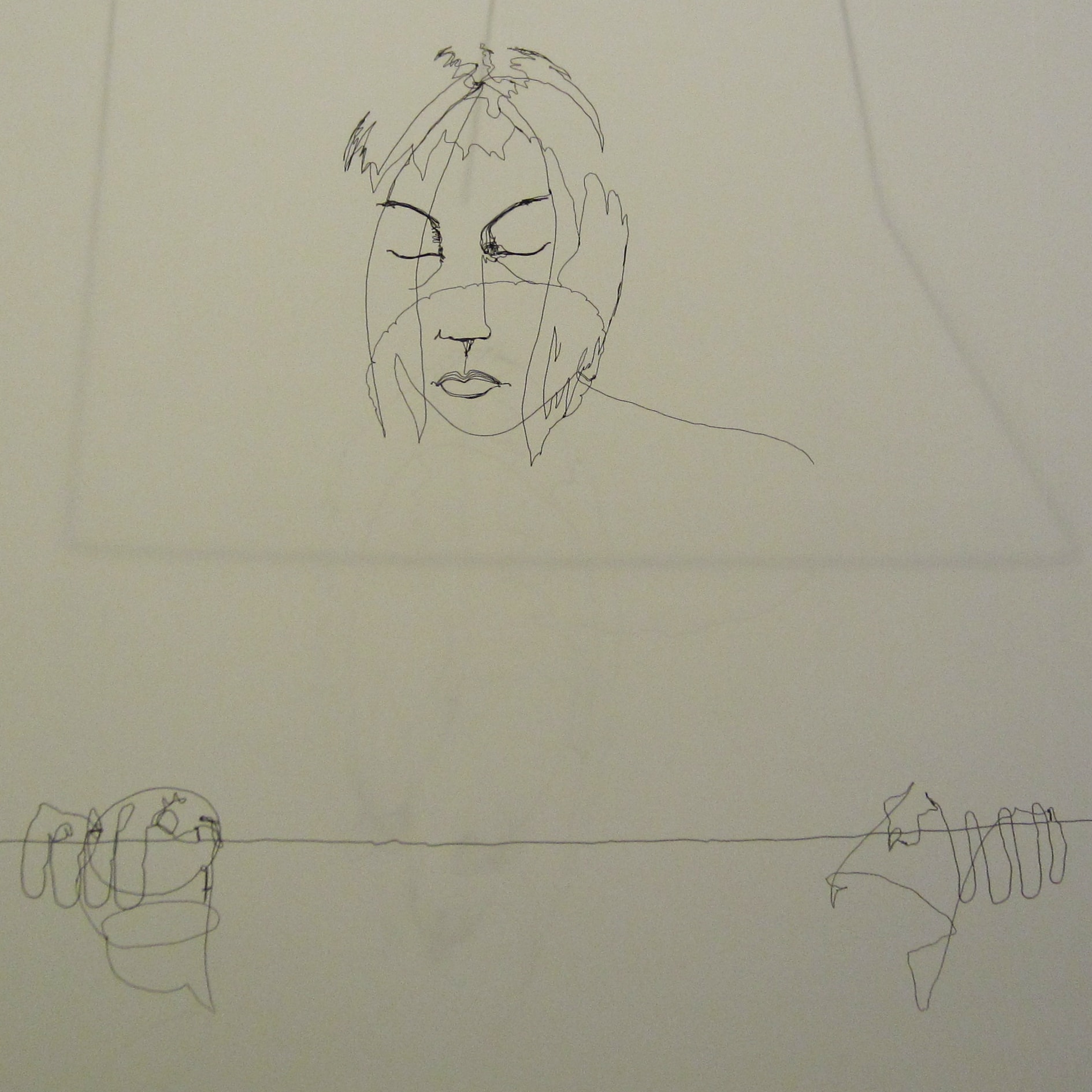 Amsterdam based Ralf Westerhof was initially active as a scenographer in small and midsized theatres and in location theatre. His interest and passion for theatre and especially dance, which he still actively practices, is visible in his work. His works are often kinetic and the experience of the audience is an important element in his artistic and presentation choices. His work taps into the physical and mental capacities we all have in common and not just on knowledge or familiarity with the framework it should be perceived from. Everyone, from school kids to the elderly, from architects and art lovers to people that never see art, seems to be able to relate to the work. The minimal line drawings offer them only part of the image and it's up to their minds to fill in the gaps continuously as they or the work moves. They become co-creators of what they see: it's not just looking, it's an active process, an experience.

Since 2013 his work has become widely known and he became a full time artist. At first through galleries and on Art Fairs where his work got a lot of attention. In 2014 he participated in the Amsterdam Light Festival with his work "Drawn in Light", a large, 13 meter wide mobile that was a moving drawing of an Amsterdam cityscape. The success of this work led to an eight page publication in Bright2, the main book on light art and architectural illumination and interest from all over the work. Apart from shows in the Netherlands his work has been presented in: Belgium, Singapore, Romania, Sweden, Canada, Portugal, Slovenia, Israel, Switzerland, Germany, Taiwan and Saudi Arabia. 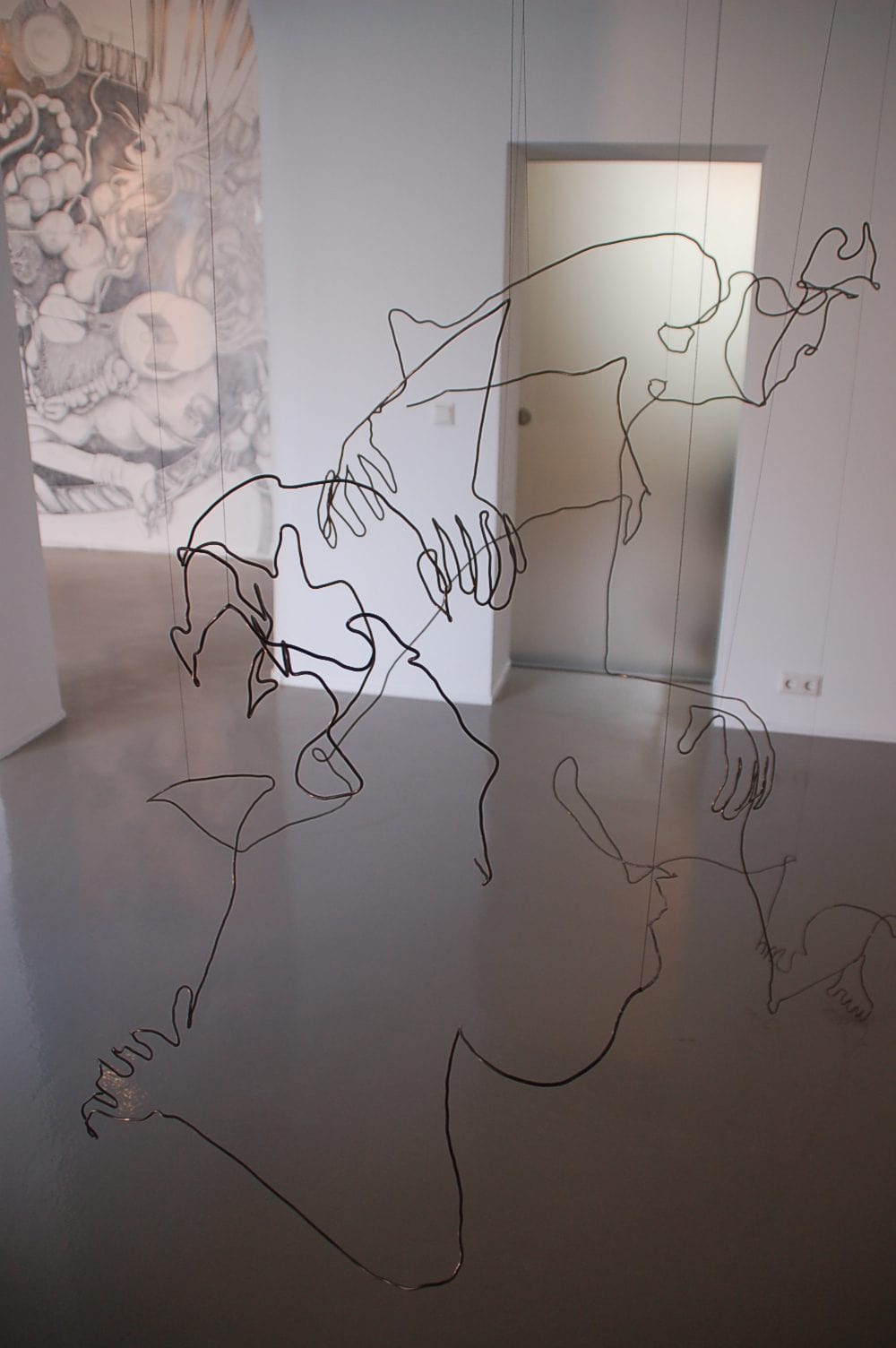